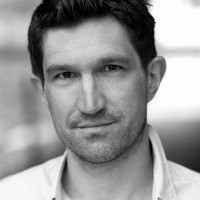 Bo Poraj trained at Rada and has worked extensively as an actor with credits including Richard Curtis’ THE BOAT THAT ROCKED, Michael Apted’s ENIGMA, MIRANDA and MUSKETEERS. Bo has written episodes for EASTENDERS and DOCTORS.  In 2017 he won one of two places on the Big Light Skillset Shadow Scheme and developed original project THREAT TO LIFE under the scheme.

Original writing includes CARAVAN, a comedy pilot was commissioned by Talkback Thames. Since then he has written screenplays including MOTHERLAND which focuses on the plight of Eastern European immigrants in the UK, SIX STICKERS, an adaptation of the novel of the same name by Adam Carroll-Smith and FLIGHT.