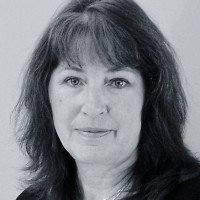 Janet was an award-winning poet, fiction writer and playwright. Plays include the 1996 Peggy Ramsay Award winning play REFUGE, a radio ‘Play for Today’, THE STORY AND SONG a series of monologue plays on the life of Robert Burns, the poem play NAN I THE MOON, HORSEPLAY for BBC Radio Scotland and DEEP RISING” for Pitlochry Festival Theatre. In 1999 Janet wrote STRAIGHTJACKETS with the aid of a Scottish Arts Council bursary and her play WINDING STRING was produced at BAC by Mica Theatre. She was also commissioned to write episodes of HIGH ROAD for Scottish Television. In 2000, short film LONG HAUL was produced by Maverick TV as part of Scottish Screen’s ‘Newfoundland’ scheme. It screened at the Edinburgh Festival, where it won a Creative Scotland Award as well as Scottish BAFTA & RTS nominations. Janet was one of the original writers of RIVER CITY. Historical novel WHITE ROSE REBEL was published by Penguin in 2007 and is currently under option to Feet Films/Free Range Films, screenplay by Peter Berry. Her 2009 novel WARRIOR DAUGHTER is currently being developed as a feature film by Crab Apple Films, with Rhianna Pratchett set to write.  Janet passed away in November 2018.