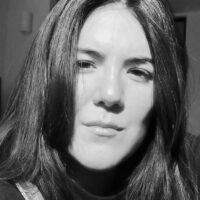 Jingan writes for stage and screen. She is currently on the Channel 4 Screenwriting Scheme 2021.

Her feature film, a British East Asian led rom-com, No.2 DAUGHTER is currently in development with Greenacre Films (as winner of the Triforce Events Script Search Competition 2021).  Named as ‘one to watch’ on the Idris Elba & BBC Talent Hotlist 2017, she is a recipient of the Peggy Ramsay Foundation award and a two-time recipient of the Netflix Theatre Arts Fund.

Born and raised in Hong Kong, Jingan was the first playwright commissioned in the English language for FILTH (Failed in London, Try Hong Kong) which premiered at the 42nd HK Arts Festival in 2014. She is curator and editor of FOREIGN GOODS: A Selection of Writing from British East Asian Artists’, published by Oberon Books. It includes her own 2016 play I’M JUST HERE TO BUY SOY SAUCE and a foreword by David Henry Hwang. She produced the sellout FOREIGN GOODS showcases at Theatre503, the Park and the Arcola. Her most recent play LIFE AND DEATH OF A JOURNALIST ran to critical acclaim at the VAULT Festival 2020. The Guardian called it ‘intensely smart…prickling with intelligence and anger.’

She is also an academic lecturer, running screenwriting workshops with King’s College London. She is a regular contributor to the Guardian newspaper on film. Her podcast, and soon to be book, SOHO ON SCREEN explores London’s Soho in British Cinema.