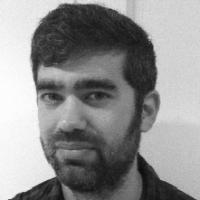 Aaron was Story Producer on the first series of RIVIERA for Archery Pictures/Sky.  As a scriptwriter, Aaron has several Film & TV projects in development, most notably WHITE CITY, a sci-fi thriller for Scala Films, which was shortlisted for Film London Microwave initiative. Aaron is currently a development producer at Playground Entertainment, having previously held the same position at The Ink Factory.  He is continuing to develop his original projects. Formerly Head of Development at Scott Free, he headed up the ‘Ridley Scott Presents’ slate of 6 micro budget genre films which were filmed in Northern Ireland. He has worked in the film industry for over ten years as a development editor and as resident script doctor for leading script consultancy Industrial Scripts. Previously he was a creative exec for the UK Film Council’s Premiere Fund, where he worked across many projects including: The King’s Speech, Tamara Drewe, Streetdance 3D, Nowhere Boy, Triangle and How To Lose Friends & Alienate People. He is also a stand-up comedian and has performed at venues and festivals across the UK, including the Edinburgh Festival, where he reached the semi-finals of the So You Think You’re Funny? competition in 2008. He is a graduate of the Bournemouth Screenwriting degree course.