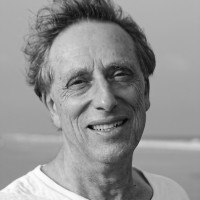 Ariel Dorfman, the Chilean-American author of numerous works of fiction, plays, poems, screenplays and essays in both Spanish and English, is the Walter Hines Page EMERITUS PROFESSOR at Duke University. His books have been translated into over fifty languages and his plays staged in more than one hundred countries. His play DEATH AND THE MAIDEN won England’s Olivier Award for Best Play 1991 and was produced on Broadway, made into a feature film by Roman Polanski and was revived in London’s West End starring Thandie Newton in late 2011;  it continues to be produced all over the world. WIDOWS and READER have won awards from the Kennedy Center and also been staged worldwide. Other plays include PURGATORIO – which ran in Madrid in 2011 starring Viggo Mortensen, THE OTHER SIDE/DELIRIUM, (Market Theatre, Johannesburg, 2012) PICASSO’S CLOSET and SPEAK TRUTH TO POWER: VOICES FROM BEYOND THE DARK (featuring some of the most prominent actors and actresses in the world). In 1995, his film PRISONERS IN TIME, a BBC Teleplay co-written with Rodrigo Dorfman, won Best Feature Film screenplay WGGB Awards.  Other original screenplays include SHAHEED, BURNING CITY and an adaptation of his novel BLAKE’S THERAPY.  In 2011 FEEDING ON DREAMS was published, a sequel to his memoir HEADING SOUTH, LOOKING NORTH (pub. 1999), from which the Oscar short-listed documentary, A PROMISE TO THE DEAD is based.  He is active in the defense of human rights and his articles are published in the most important broadsheets worldwide. In 2010 he delivered the Mandela Lecture in South Africa. New plays include ALLEGRO! and ADIOS, CERVANTES written in 2016 to commemorate the 400th anniversary of Cervantes’ death, as well as OUT OF THE DARK, a retelling of the Oedipus story, set in Latin America. Most recent books are HOMELAND SECURITY ATE MY SPEECH, a collection of essays and articles, the novel, DARWIN’S GHOSTS and the upcoming, CAUTIVOS.  Also, a re-edition of HOW TO READ DONALD DUCK, his celebrated analysis of Disney comics.  His Childrens’ story, THE RABBITS’ REBELLION, has just been published in the United States to great acclaim. A film version of his novel MASCARA is in the works.  Ariel has written two opera libretti: an adaptation of DEATH AND THE MAIDEN that opened in Malmo and NACIKETA for Opera Circus with composer Nigel Osborne. He and his wife Angelica divde their time between Durham, North Carolina and Santiago, Chile. www.adorfman.duke.edu