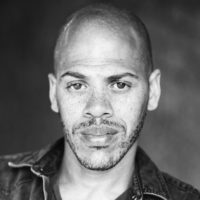 Jonny is a writer for stage and screen; comedy and drama.  Current original projects in development for TV include PUNCHLINE for Starling Pictures/Sky (script commission), SURE BANKER (Firebird) and SNITCH (Castlefield); for Film, screenplay commission THROWING STONES, (Recurring Dreams/BFI); for Theatre, SCOT FREE, a hip hop musical which he is co-writing with composer Tim Gilvin for Royal & Derngate Theatre/Perfect Pitch.  Recently, Jonny wrote a shadow script for BULLETPROOF and will join the writers’ room for season 4.  Other recent writers’ rooms he has participated in include HATTORI HACHI,(Red), BREATHE (Vertigo), A TOWN LIKE MALICE (Vertigo/Sky).  He has had sitcoms MOVING PEOPLE and VIRAL optioned by ASP Productions/Channel 4 and WING MAN by Hat Trick Productions. He has also written an episode of The Amazing World of Gumball for Cartoon Network.

Jonny wrote and directed short film, HUEY AND LOUIS, which was screened at UK and US festivals and also at BAFTA; it is now available to watch on Little Dot Studios Youtube channel, Tall Tales.

Jonny is a graduate of the 2019 4Screenwriting course (C4) and was also shortlisted for Channel 4’s 4Stories.  He was awarded the Felix Dexter Bursary in 2017 by BBC Comedy following which his sitcom pilot, SICK LEAVE was commissioned by Fudge Park/BBC.  Previously he was selected for BBC Comedy’s Funny on Three initiative and out of that, BBC3 optioned sitcom OH BROTHER.  He won the Brian Glover Award for his short film Soldier Boy in 2012.  Prior to his experience in television, Jonny came up through the Royal Court and Soho Theatre’s Young Writers’ Programmes and has had plays produced at The Bush Theatre and Arcola Tent and been commissioned by Talawa and Stephen Joseph Theatre.  He is also an actor and hip-hop artist.