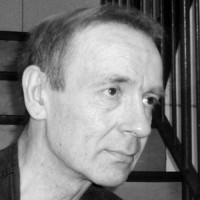 Martin Millar is a Scottish writer living in London. He is the author of such cult novels as LONELY WEREWOLF GIRL and THE GOOD FAIRIES OF NEW YORK. His most recent books are SUPERCUTE FUTURES (Piatkus 2018) and THE GODDESS OF BUTTERCUPS AND DAISIES (Piatkus 2015). He wrote the THRAXAS series under the name of Martin Scott, and won the World Fantasy Award in 2000. He also wrote the film tie-in novel TANK GIRL, and with Doon Mackichan adapated Jane Austin’s EMMA for the stage. His novels have been widely translated abroad.