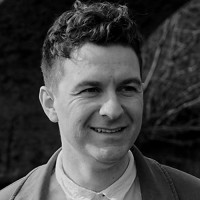 Paul is a graduate of the Channel 4, 4Screenwriting scheme 2016; the script that he developed on the scheme was optioned by Bandit Television.  He is currently writing episodes of DOCTORS and developing original ideas with independent producers.  His feature film screenplay A CURE, is in development with Conker Films.

Paul has an MA in TV Scriptwriting with Distinction from Leicester DeMontfort University.