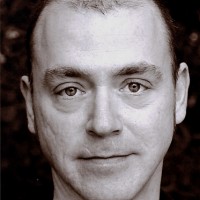 Most recently Phil wrote the screenplay for 8 DAYS: TO THE MOON AND BACK (BBC2, 9pm Wednesday 10th July) –  BBC’s feature-length docudrama celebrating 50 years since the moon landings by bringing hours of recently declassified cockpit audio to life, adding new insight to Apollo 11’s famous voyage.  He is currently in commissioned development with feature films BREAKAWAY for Andrew Eaton and JANIS & JAKE for Young Films. Previous commisions include 7/7 for Hat Trick/C4 and feature film, LOCKERBIE, for Kevin Macdonald to direct via Young Films.  Television credits include episodes of HOLBY CITY and DOCTORS. Phil’s play DEEP CUT, commissioned by Sherman Theatre, was a hit at Edinburgh in 2008 and received four star reviews across the board winning a Fringe First and a Herald Angel. Mark Lawson said “Never before have I been so moved, or enraged, by a play…”; the play was credited as having played an influential part in securing the re-opening of the inquest into the death of Private Cheryl James at the Deep Cut barracks in Surrey.  The play was adapted as a play Radio 4 and developed as a feature script by Revolution Films. In 2005 Phil starred in a one-man show HITTING FUNNY (produced by Volcano Theatre), which he also wrote, which toured the UK and played for 3 weeks at the Assembly Rooms at the Edinburgh Fringe. He was a writer on attachment at Soho Theatre in 2002 and his first play MR NOBODY premiered there in June 2003. Phil graduated as an actor from RADA in 1992.