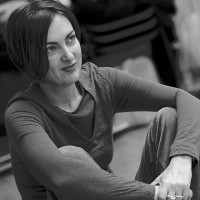 Polly Teale has created a unique body of work as a writer and director that has won critical and audience acclaim with productions transferring to the West End and touring internationally. An award-winning theatre practitioner, she was artistic director of Shared Experience from 1995 – 2015. She has also authored a number of original plays and stage adaptations, including JANE EYRE, BRONTE and AFTER MRS ROCHESTER for which she won the Evening Standard Award for Best Director and the Time Out Award for Best West End Production. Other directing credits include: MERMAID (adaptation of The Little Mermaid by Hans Christian Andersen), BRACKEN MOOR, MARY SHELLEY, SPEECHLESS, (co- writer/director), THE GLASS MENAGERIE, MINE (writer/director), TEN TINY TOES, KINDERTRANSPORT, MADAME BOVARY, THE CLEARING, A DOLL’S HOUSE, THE HOUSE OF BERNADA ALBA, DESIRE UNDER THE ELMS and as co-director, War AND PEACE (co- production with National Theatre) and MILL ON THE FLOSS. In 2014 she directed the UK premiere of BAKERSFIELD MIST by American playwright Stephen Sachs, starring Kathleen Turner and Ian McDiarmid in the West End.