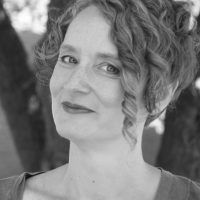 Rachel’s tv credits include episodes of DOCTORS, CASUALTY, THE DUMPING GROUND, FATHER BROWN and SHAKESPEARE AND HATHAWAY. Her radio drama, WHAT’S HE BUILDING IN THERE? was broadcast on BBC Radio Four in April 2019.  Rachel was one of the guest writers in the room on Deep State 3 (Endor/Fox).  In 2019/20 she wrote three episodes of political thriller RED ELECTION, for Subotica/Mopar/Viaplay/A&E Networks. Rachel is currently developing ‘9th Dynasty’ with MoparStudios/Newen, a 10 part tech conspiracy thriller co-created with writers Paul Coates and Stephen Brady.

Rachel has worked extensively in theatre, TV and radio as an actress and began her writing career with two plays, CRAVING THE BLUE and ORPHANS AND BASTARDS.